Most of my ride notes are locked up inside Strava, for 2017 I’d like to get some of the more interesting ones out of there and posted here. To try and kick that off here is my cycling roundup of last year.

Start the year with… injury

The year started really at the end of November 2015, when a dreadful bike setup did untold things to my right knee. Cue almost no cycling in December, and only a couple of sub 10 mile town circuits in January. Sad times.

I gave in the self-help and booked my first physio appointment with Jez at Peak Condition at the end of January. And similarly got a proper bike-fit at the beginning of March. It took some time to build the miles back up and I was only just ready for the Etape Caledonia the beginning of May.

Still now every now and then I feel discomfort, but the rest of the year I’ve been able to build miles and fitness. I’m probably due an update to my bike-fit, hoping not to repeat any of this in 2017 :)

At Easter we hopped on a plane and headed for the states and mega highlight riding the Golden Gate Bridge (twice!). 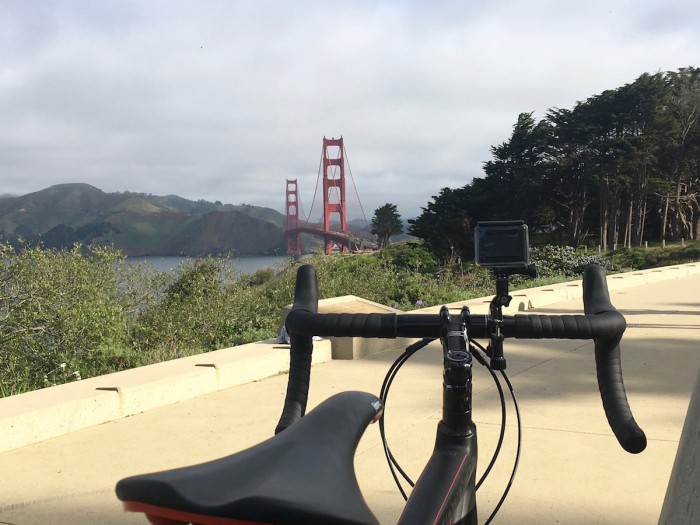 First ride across was with Gemma, we hired a couple of hybrid bikes from Golden Gate Rides and touristed the bridge - lots of photos - heading for the Sausalito ferry to return. Traffic in the city was quite something - definitely not anything we’re used to in sleepy Fife, but cycle lanes and priority were all really clearly marked and drivers were excellent.

I got out again a few days later, by myself this time (on a CAAD 105), and did a longer route. Starting from Union Square, through Golden Gate Park to Ocean Beach, round the coast to and over the bridge, then a loop over Hawk Hill and the Marin Headlands, back across the bridge, Marina District then all the way along Polk Street back to the hire shop. And this time I remembered to turn on the GoPro! 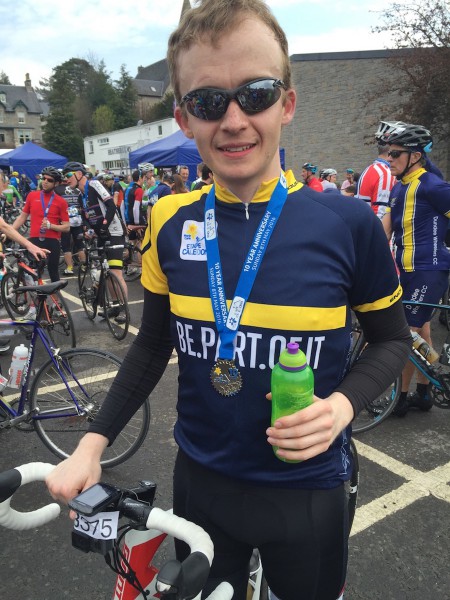 Before collecting my winter injury I signed up to my first cycling event, Etape Caledonia 8th May, and the target became successfully getting round.

Preparation was as many miles as my knee would allow, and learning to ride in a group - most of my cycling up to this point was a sole activity. Riding alone is something I quite enjoy, my pace, my route, etc, but the Etape would see something like 2,000 cyclists on the road together. I met up with a group of folk from work and we adventured north of the Tay (and mk2) punctuated by a good chat and a barrage of my questions.

I also volunteered to help out with the Kinross Sportive - to get the feel of an event. Registration, affixing timing chips, marshalling a busy junction, big groups of riders racing past - was a really good experience.

So anyway Etape weekend. We stayed in a hotel in Pitlochry, and the town was swamped. Cyclists everywhere. I had a quick recce ride the evening before - check the bike and I’d been warned of a tricky section at Logierait that I wanted to see.

We then ventured in to the town to register and grab a bite to eat. The atmosphere was incredible - this event took over the whole place. Pubs and restaurants had special carb-load menus, bikes and cyclists everywhere, it was crazy.

Early up, early cyclists breakfast in the hotel, and down to the starting area. Wave C, 6:50am. The first 15 mins or so I captured on my GoPro - ran out of recording space, doh! Pushed on a bit early and felt like the first feed stop (mile 20) came quickly. Round the Loch Rannoch turn the going seemed to get tougher with the breeze hitting the face.

For some reason (lack of preparation) I wasn't expecting the main climb Schiehallion for another 15 miles or so. Got to the feed station at the top and my knee decided it wasn't happy at all. After a quick refuel a welcome descent it was about ducking into a group and getting some assistance home.

Managed to get on the wrong side of a group at the last feed stop, so missed that but stopped briefly by the Weem pub and had a chat with a friendly photographer. Another group took a little finding to join from there - so much more difficult going alone for these couple of miles.

Group riding in the Etape was fun. Maybe cycling isn’t a solitary activity. I decided I’d give a club ride a go, and having helped out at Kinross I headed in that direction.

Overconfident from the Etape I joined the faster group and had a great ride on roads lesser travelled. But the Woodriffe (out of Newburgh) and Lommond (Falkland side) climbs took it out of me and the last few miles were difficult.

The next weekend I joined in on a Saturday bun run but decided to ride there and back making it my first century :)

First century, Kinross bun run with commute to and from St Andrews. A tough, long day in the saddle, but refreshments at Lochend Farm Shop kept me going.

Longest ride of the year was a trip up to Glen Clova at 130 miles. St Andrews to Perth, via Glentarkie. The beautiful Newtyle road to Glamis where I met a work colleague, the Glen Clova loop from there - we got rained on, but had scampi fries at the pub so not all bad! Home the shorter way through Dundee.

I managed to get in a couple of rides south of the border too. Stockton Sportive was a lot of fun. Elected for the shorter route, as was twinning it with visiting family. Was nice that they saw the start, end, and a fleeting mid-way point :) I remember feeling queasy at the first feed stop but once that passed the short sharp climbs were enjoyable, got in a group with a couple of guys for the last few miles which was a nice way to keep the pace up and bring the bike home.

Another ride of note took (I think) my first 100 Climbs climb - No. 57 Stang near Barnard Castle. Less said about the rest of the route I chose the better (think mountain rather than road bike), but Stang was great (13mins 26secs). A mega steep start, rest in the middle, with a steep finish. It was raining by this point but there were tonnes of cyclists having a crack at it.

A crazy event crossed my computer screen at some point in 2016, 3 Pistes and sister Tour of the Highlands which sparked something in my head. It didn’t go away so I decided to test myself and see if multiple day big mile rides were something that was possible - so the Len Read Memorial Ride and Fife Century Autumn Reliability Trial on different days of the same weekend were ideal. Once I’d added a suitable commute from home the rides totted up to 103 and 106 miles respectively.

I felt a bit rough Saturday morning, a cold coming on, but got myself to Lundin Links for the Len Read ride. Steady pace and good conversation, it was much enjoyable. Felt surprisingly ok Sunday morning so headed for Falkland and the Reliability Trial start. Setting off in the middle group we kept respectable pace and worked well in the headwind. The group broke up through the climb over to Dunning and the later starting fast group caught up with us near Newburgh. Cyclists everywhere I tucked in somewhere and managed to stick on despite the pace being upped. Probably silly to try and do that on mile 170 or so of the weekend, and it made tearing myself away from the cake at the finish for the ride home particularly hard.

With the double century successful I entered Tour of the Highlands, and decided I’m going to do it for charity - the MS Society. Roll on May 27th! 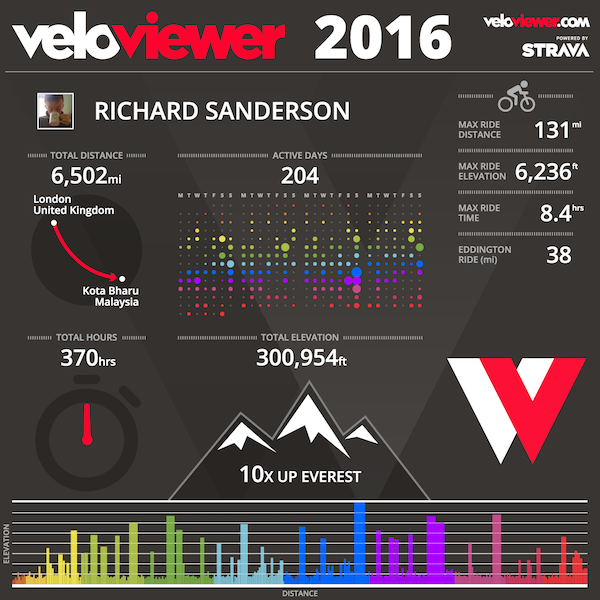 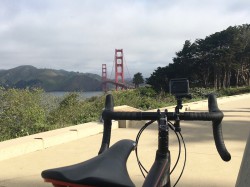 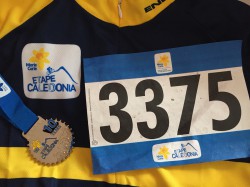 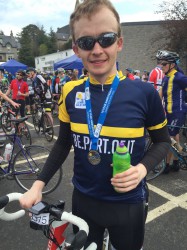