Monikie Duathlon Winter Series is a run of three events in December, January and February organised by the Angus Bike Chain Cycling Club. I was on a group ride earlier in the year and got chatting to a guy that seeded the idea that it might be fun to give it a go. Bit of something different over the winter, I got my entry in.

Not having done much running that was my main area of focus. Despite being bike fit running uses a completely different set of muscles, but for me the hardest bit (still struggle with it) is that my brain is set up for going out for a bike ride of a few hours - a 20 minute run is too short for it to get very interested. Anyway I built up a few miles around home, and a few Parkruns.

Having never been to Monikie Country Park before a few weeks before the first event, I headed that way and scouted out the park, and the bike route. The park is sheltered by the buildings, but quite exposed on the banks of the pond. Exposed is probably a word I’d describe the bike route too, also with some steady drags, and a couple of punchy ones. 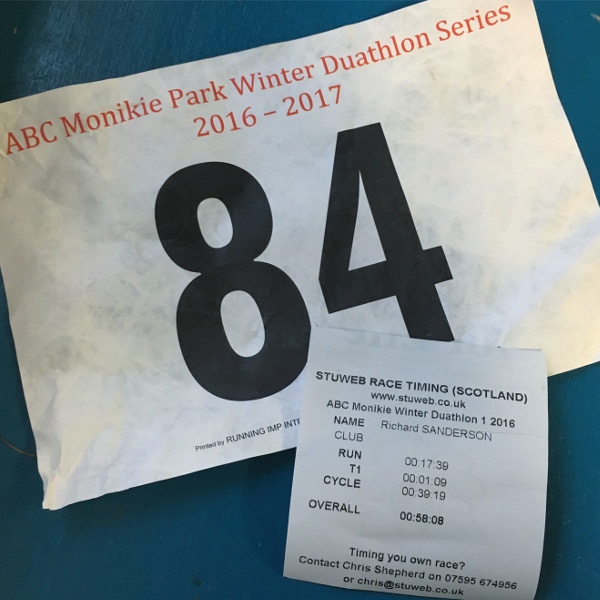 Ease down the training and look after yourself for the event, that’s what I’d read everywhere. So heading out on the Thursday morning for a short steady run I wasn’t expecting my right foot to suddenly develop a sharp pain on each of the strike. Ugh. A gingerly walk home, and literally do nothing until Sunday - try and give it the best chance.

It was more comfortable to start, but came back strong - this was a pretty horrible run. Anyway I'd decided to try and get round and bank the experience. Heh, also I forgot to start my Garmin, so missed the first half mile or so. Good start!

What I missed in the run I'd push for in the ride right? Maybe. I pushed on immediately once out on the roads, going to take advantage of the westerly wind while I could.

Field had thinned out more than I thought it might, so my anxiousness about drafting rules was fine (never having ridden like that before). Passed a couple of folk around the early ups as I tried to keep the pace as high as possible.

Gaps between riders grew, but I managed to still make some progress. Got passed one guy somewhere on one of the ups around Kirkbuddo, he followed me in from there and we had a good little chat at the end.

Oddly found my mind wandering a little once passed the radio mast - was so focussed on that for 15 mins or so, but still 2 miles to go!

Navigated the sharp bends in Monikie - ok, if maybe a little slow - the marshals were excellent all the way round. And a push for the finish.

I'd had my eye on a sub 40min time for the bike and pleased to get it. Hard to know what to aim for the first time round.

Right let's get this foot right and go again in a month :) 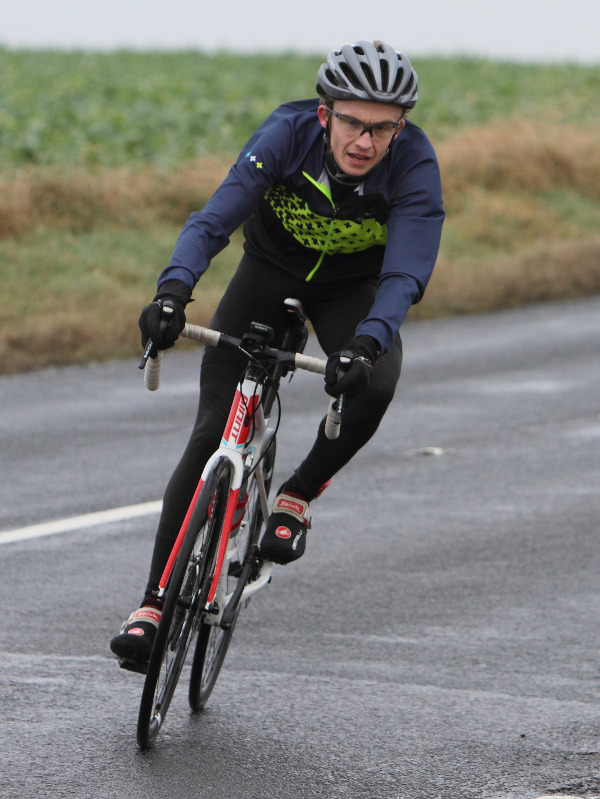 Wow the second event came round quick! Thankfully the right-foot thing that hampered me last time was ok.

First run. So many folk jostling for space, good to get out on the middle bank between the two ponds and settle into a rhythm. Made a little progress round the south pond, but mostly was just glad that my foot was comfortable.

Bike, think I started slow - although it might have been semi-intentional, I remember seeing my heart rate at around 178 and thinking of the distance to go. The wakeup was when someone came past me - right never mind the HR, get on the gas! There was one guy I got past early on, I remember admiring his aero rear wheel and helmet, a little later he came storming past me. I managed to keep with him most of the way round, closing the gap in the ascent, losing him a little on the descent - until the final run in to Monikie village where he was gone. Wind was noticeable a few times, usually met by a grimace when it hit the face :)

Second run. I probably should have done more practice on the bike to run transition as it was haaard. I was with a few guys which gave me a pace, I noted it on the watch and tried to keep to it. Parts of the south side of the south pond were quite slippery - harder second time round than the first.

Wasn’t best pleased with my transitions again, think I worried about getting my watch stopped, and Garmin started too much. That and I have a tendency to do everything, then pause and re-check in my head that I haven't forgotten anything. 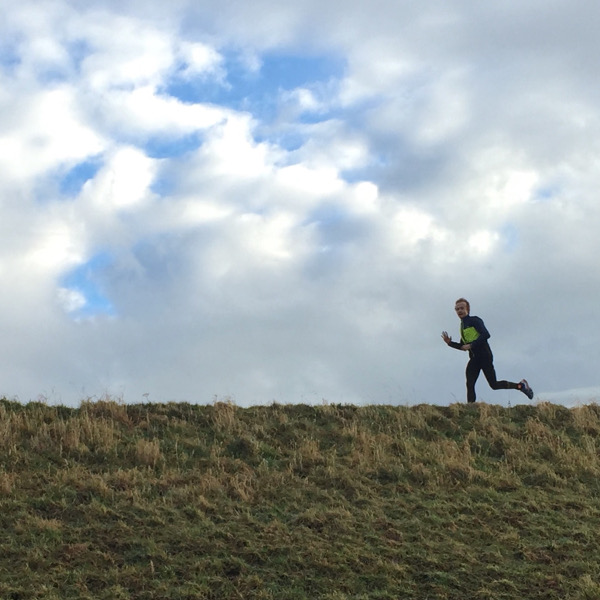 Huh, sigh, niggles again. Not sure why but the last couple of weeks I’d been struggling with tightness in my right hip during/after running/walking. Not ideal. Decided to rest it this week and be the most comfortable I could be for the day.

First run. Reasonably happy with this one. Could feel the hip a bit but generally think this is about my best pace at the moment. Rounding the north pond the wind was ferocious - we had been very sheltered from it at the start/finish area.

Ride. Bomp - straight into the wind. Tough going in the earlier sections, then blustery at the side to the top turn. Managed to make a couple of passes, but also was disappointed to be blitzed by a couple of guys - overtook me and were gone. From there it was reasonably lonely with nothing visible on the front. The climb up to the transmitter mast had whole chunk of help from the wind, more than I’d expected. But the turn to Monikie village - slam - right on the nose again. Not a great bike time, and I don’t feel there was a real reason for it, but I note my heart rate was down a fair bit on January - maybe I just wasn’t pushing enough!

Second run. Urk. Hip not happy. Tried to set a pace and keep to it. Disappointing.

That’s the winter series done. Really enjoyed getting in to a bit of running - despite the niggles, and I think I will keep it ticking over from here on. Really enjoyed the event it was really well run. This might be my first duathlon of a few! 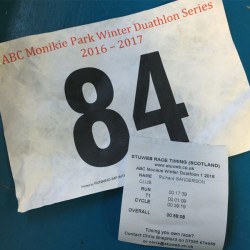